Fishing Guides for the Ultimate Catch

The Rainy Lake Houseboats Fishing Guide staff is headed by 2018 Minnesota Fishing Hall of Fame inductee Billy Dougherty. Our guide staff is made up of Rainy Lake’s best guides. Billy has mentored all of our guides sharing his fifty-two years of experience with them.

Whether you are looking for walleye, smallmouth, crappie or northern pike, they are able to put you on fish and show what structure to look for when venturing out on your own. All of our Rainy Lake fishing guides are properly insured and have the permits necessary to work in Voyageurs National Park and Canada. They are friendly, knowledgeable and, most of all, love Rainy Lake and sharing this world-class fishery with you.

We suggest booking your fishing guide when you book your Rainy Lake Houseboat vacation. Typically, we tell our guests to fish with a guide the second day. This gives you the opportunity to use the knowledge you gained from him regarding bait, structure, and technique for the rest of your trip. When you check-in, the office will have suggestions on where you should moor your houseboat based on the current fishing report created by Billy and his fellow guides. 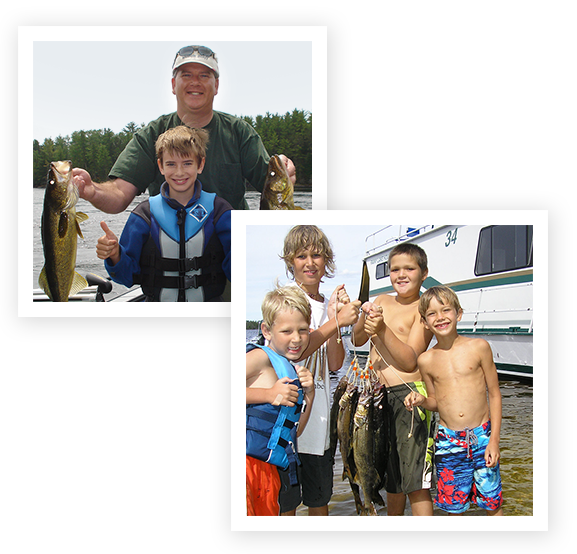 Guide Rates are subject to change
Pricing includes filleting the fish when you return. Pricing does not include fuel or bait.

*Children under 16: no extra charge for parties of 3 or 4 guests.

You should pack appropriate clothing, as well as your own lunch and beverages. If you would like your fishing guide to prepare our famous Rainy Lake shore lunch, let us know at the time you book. Keep in mind there is an extra charge to cover the food.

Spot Guides: $15.00/hour
Assists with chart reading and navigation while you drive the houseboat. Great for first-time houseboaters. 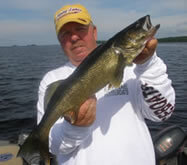 Billy was inducted to the Minnesota Fishing Hall of Fame as a Legendary angler on March 23, 2018. He began his career at the famous Kettle Falls Hotel in 1965, learning under his uncle Mike Williams. He guided full time through 1975, then weekends and vacations through the fall of 1984. Billy went to work full time at Rainy Lake Houseboats joining guide Bob Jornlin in April of 1985 and has overseen our guide service ever since. He is an expert walleye, smallmouth bass, northern pike, crappie and musky fisherman. Bill has mentored and trained twenty-five guides on Rainy Lake over the last 52 years.

Billy loves guiding more than the day he began. His love of Rainy Lake is second to none. 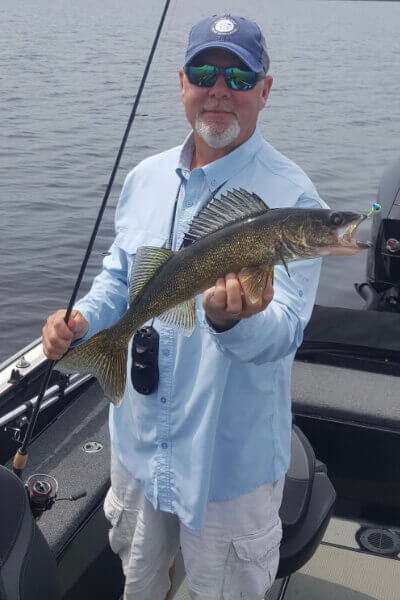 Tony has been fishing the lakes of Voyageurs National Park since 1978. He is a retired Minnesota State Trooper serving 13 years on the SWAT team and 10 years as a K9 handler. Tony started guiding part-time in 1986 and now guides full time, residing on Rainy Lake. 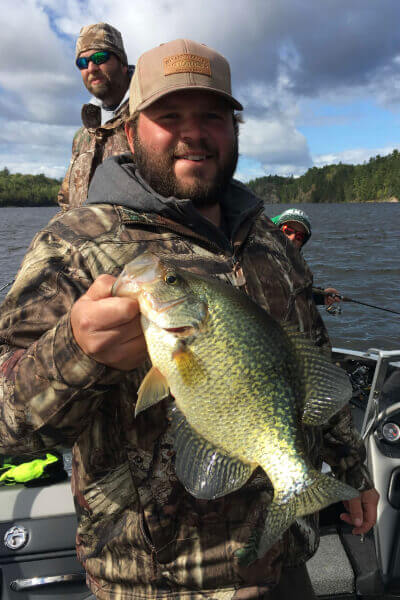 “I grew up going to my family’s cabin on Namakan Lake for as long as I can remember. My passion for fishing and the outdoors stems from going there and fishing with my father every chance I had. I started working up north the summer of 2013 at Thunderbird Lodge and have been up on Rainy Lake ever since. I started guiding in 2017 and have learned from some of the best on Rainy Lake.” 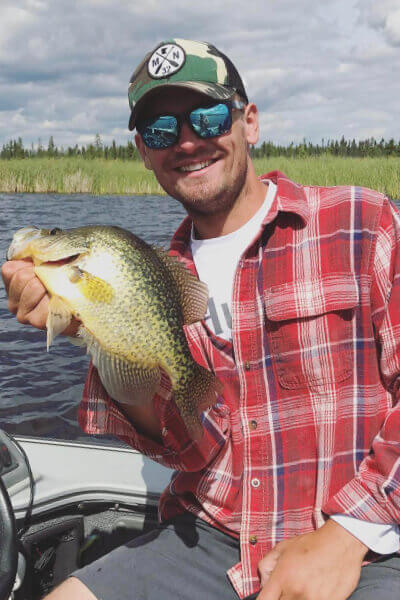 “Since I was a baby, I have been spending my summers on Rainy Lake. My family owns a cabin on Dove Island, just down the road from Rainy Lake Houseboats. Here is where my love and passion for fishing and Rainy Lake started. Saturday and Sunday mornings and evenings were often spent going out fishing for walleyes with my Dad. Whether that be trolling around Black Bay or hitting some of our favorite reefs for walleyes. Through the years I also developed a passion for smallmouth and crappie. Sharing the beauty and experiences Rainy Lake has to offer has been a dream of mine since I was a small child. In the winter months, I am currently pursuing a degree in elementary education, at the University of Wisconsin-Superior.” 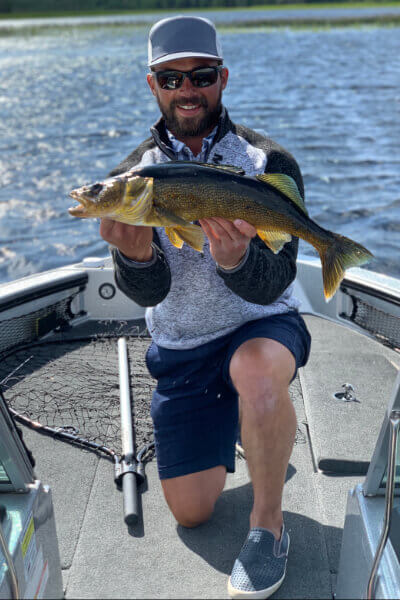 “Born in raised in Green Bay, Wisconsin, I always looked forward to our family trips up to Rainy lake to visit our grandparents and family members. My dad would take me fishing while my mom and sisters would swim off the dock, read books and work on their suntan. Rainy Lake has always been a very special place to me. After graduating from St. Norbert College in 2015, I decided to pack up and move to Northern Minnesota. Now as a fishing guide, I really enjoyed showing customers the endless beauty that Rainy Lake has to offer while sharing some of the history and notable events that have occurred over the years.” 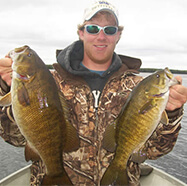 Jon has been guiding at Rainy Lake Houseboats for the past ten years. He is an adept fisherman, able to target all of Rainy Lake’s species of fish. Jon has a true love for the outdoors. In the winter, you can find Jon in the woods working for a local logging company or on the ice fishing! 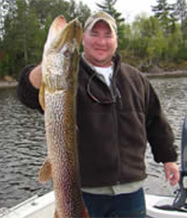 Ryan has been guiding at Rainy Lake Houseboats for the past thirteen years. Ryan went to law enforcement school, but could never let Rainy Lake go. He is a quiet, unassuming person, but a deadly force on the water. Ryan is an accomplished multi-species angler specializing in all Rainy Lake has to offer: walleye, musky, crappie, smallmouth bass and northern pike.