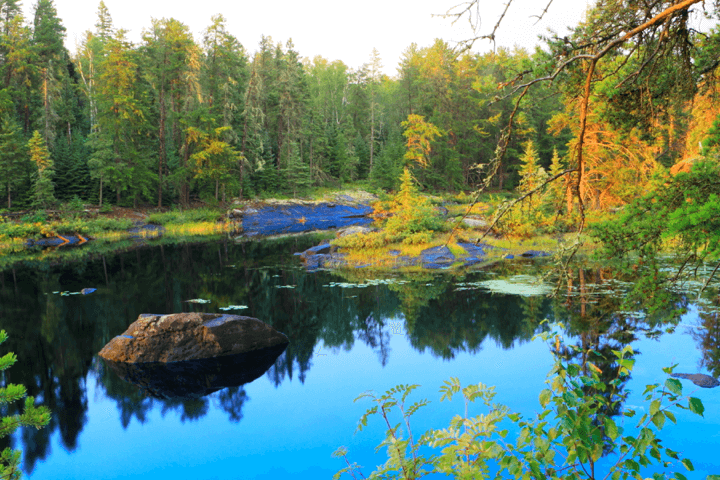 While many people look forward to their trips to Voyageurs National Park, it’s worth looking back at the area’s storied history. Even the park’s name evokes stories of boundless exploration and discovery on this northern frontier. Although people have lived here longer than recorded history, the area has maintained its sense of remoteness and rustic charm. When you captain one of our houseboats, you enjoy amenities the early north woods pioneers couldn’t dream of. Before you take a trip to Rainy Lake, learn about its rich history to make the experience even more rewarding.

For over 10,000 years, people have lived in and around Voyageurs National Park. The enormous, glacially carved Lake Agassiz receded during the Paleo-Indian Period, and groups of hunter-gatherers moved into the lands left behind. By the Archaic Period (8,000 BC to 100 BC), people relied on ripening grains, fishing and large mammals to survive, and they continued to live nomadic lives. During the first millennium of the Common Era, humans mastered stone sharpening and began to create projectiles. Wild rice became an increasingly important food source.

A new group of settlers from Europe arrived in the late 17th century. The fur trade sparked a migration to the area from eastern colonies. Beaver populations were dwindling in the British colonies and New France, so the western frontier promised new hunting opportunities. The traders first encountered Cree, Monsoni, and Assiniboine Native Americans, who later abandoned the region. The Ojibwe filled the void and frequently interacted with white settlers. The waterways were the highways of the time and canoes served as the main form of transportation.

Although most settlement in Minnesota occurred well south of Rainy Lake, the area’s abundant resources still drew people looking to make money quickly. Abundant White Pines attracted logging companies and they were able to harvest loads of this sought after type of wood. In 1893, gold was discovered on a Rainy Lake island, which sparked a gold rush to the area. A small city even formed to support the area’s miners. The boom was short lived, as the mines went dry in 1898. The population of the area dwindled once the gold was gone.

There had been talks of turning the area into protected parkland for decades, and it finally happened when President Nixon signed a bill to create Voyageurs National Park in 1971. Four years later, the park was officially established, and people flocked to the area to discover its natural beauty. The area quickly became a bastion of recreation, and resorts popped up in and around the park. Word spread about the lake’s world-class fishing, and anglers have reeled in countless fish in the decades since the park’s foundation. Today, Voyageurs National Park is a playground full of camping, hiking, fishing boating and much more. 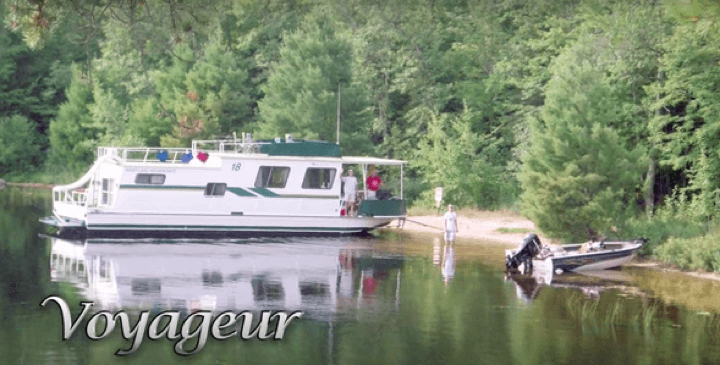 The view from a Rainy Lake Houseboat is serene, and it’s one people have enjoyed for millennia. When you visit, you are following in the wake of pioneers, and Rainy Lake’s history is still being written today. Explore this unique part of Minnesotan history from the comforts of a boat that has it all. Explore these remarkable waters in the appropriately named Voyageur houseboat. You will feel like a voyageur yourself exploring these pristine waters.